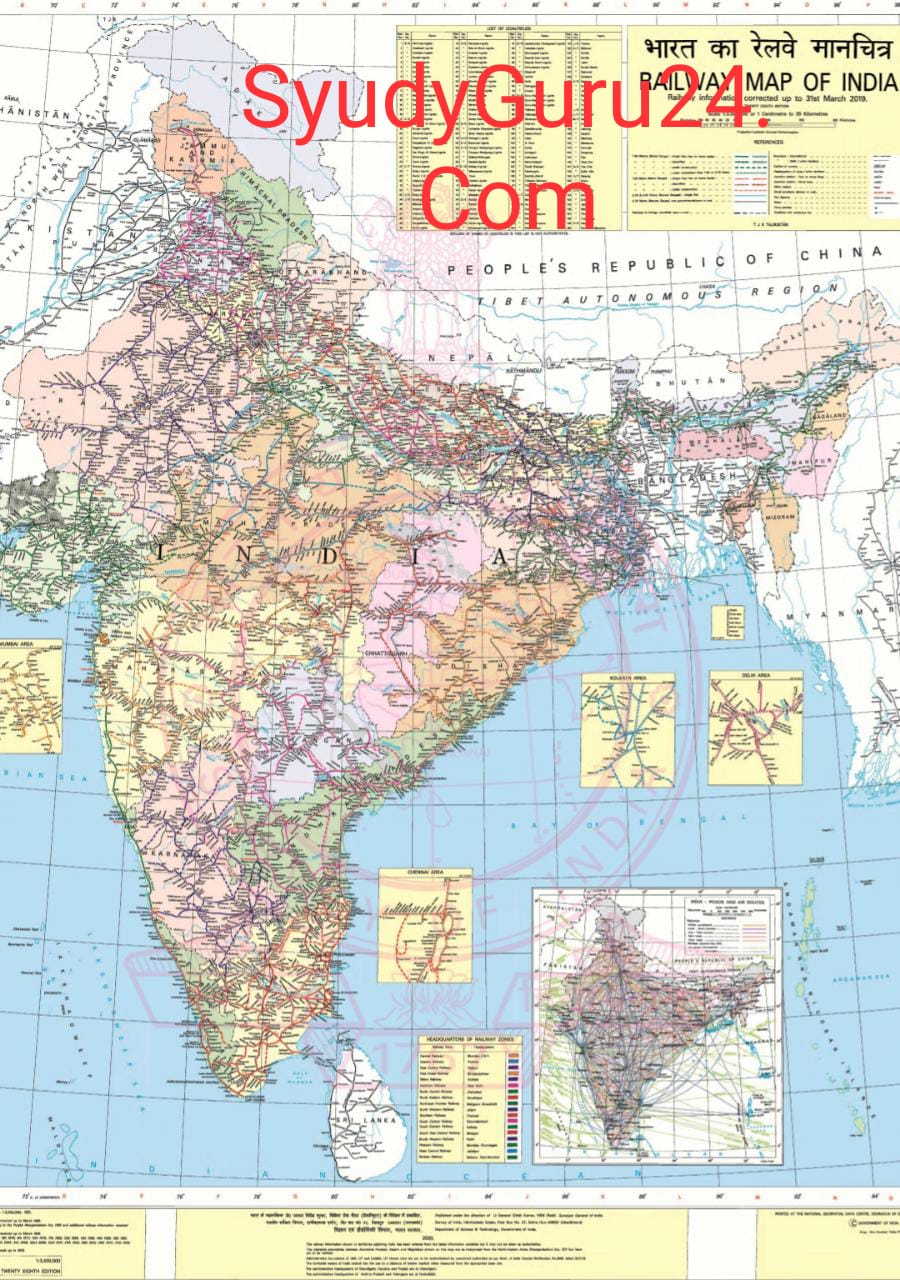 Download Indian Railway Map 2021 PDF for free using the direct download link given at the bottom of this article.

If you are looking to download high resolution map PDF of Indian railways, you’ve landed at the right place. Survey of India has issued the latest Indian railways map PDF on the official website and is available for free download.

You can download the official high resolution Indian Railways Map PDF using the direct download links given below. The map attached here contains the railway information corrected up to 31st March 2019. This is the 28th edition of Indian Railways Map issued by the Survey of India.

The Indian Railways is the principal mode of transportation for freight and passengers in India, and plays an important role in the development of industries and agriculture.

Indian Railways has had the distinction of being one of the biggest and busiest rail networks in the world. It operates 9,000 passenger trains and transports almost 18 million passengers every day. The Indian Railway employs approximately 1.4 million people.

The Indian Railways has been serving the people of India with utmost pride for more than two centuries. The first train journey was made in India in the year 1851, between Roorkee and Piran Kaliyar – for transferring large quantity of clay to Rorkee. The first passenger train journey became operational on 16 April 1853 between Bori Bunder, Bombay and Thane, covering a distance of 21 miles, thus marking the formal birth of the rail network in India.

The Indian railways map also contains the information about the railway zones and their headquarters location.